In The Verticals of Adam: 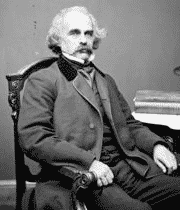 truth] –> most complete mythology is in the Bible

-Many myths add up to make a mythology, and the consistent framework for all mythology is the lass and regaining of identity

-The pyramid of literature:

-In any work of literature (other than holy texts), you can see aspects or the concepts of the base within it.

-In “Dr. Heidegger’s Experiment”, the main focus of the story is on water from the Fountain of Youth. This water is also known as the Elixir of Life, which is referred to in Middle-Eastern, European and Asian folklore. This idea of living forever comes from things like the Bible where there are talks of Eternal Life.

-The story in general is a satire, referring to concepts of being young again in a ironic and negative manner. Despite that, you can still see aspects of tragedy, romance, comedy and classical mythology within it. Each character has his/her own hamartia as in a tragedy, there is a bit of comedy as the characters become excited from becoming young, there is romance when the characters go off to look for the Fountain of Youth and there is classical mythology from the references to eternal life.

-“A great work of literature is also a place in which the whole cultural history of the nation that produced it comes into focus” (p.123)

-“The theory of literature is what I mean by criticism, the activity of uniting literature with society, and with the different contexts that literature itself has” (p.127)

-All literature should be read or listened to purely as a story first. The art of listening to stories is the basic training for the imagination. One cannot criticize properly until the whole story has been read.

-“The end of literary teaching is not simply the admiration of literature; it’s something more like the transfer of imaginative energy from literature to the student” (p.129)