Tupac (Two-pahk) Amur Shakur, commonly known as 2pac, led a violent life. He died on September 13, 1996. He was a gangsta 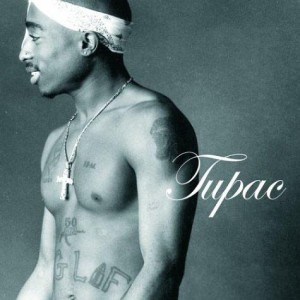 rapper/Aspiring actor. Tupac was a big figure in the rap community, always doing what he wanted and not caring what others thought of him. His life symbolized what a lot of people have gone through, through his music and movies he showed us how hard life can be.

Tupac was born in Brooklyn, NY in 1971. His family and he moved to Baltimore, Maryland early in his life. He took Performing Arts classes at his school; his teachers said he looked promising. He never finished school. He dropped out and moved to a small town outside Oakland, CA (“Associated”), however he did go to college and finish his high school credits.

All his life he was raised by his mom, with his sister. He always led a violent life; April 5, 1993, he assaulted a fellow rapper with a baseball bat. October 31, 1993, he was charged with shooting two off duty police officers. The charges were later dropped. November 19, 1993, he was convicted of sexual assault (“Death”).

READ:
Music of the Renaissance

In November 1994, Tupac himself was shot during an attempted robbery outside a music studio in New York. Tupac did, however, mention this; “Thug life to me is dead. If it’s real, let somebody else represent it because I’m tired of it.” Shakur told Vibe Magazine. “I represented it too much. I was Thug Life”(“Associated”).

Tupac had a very promising career. His first album “2pacallyps Now” was very successful. Not too late after that his movie “Juice” was released in 1992. He released two more albums titled “Strictly for my N*ggaz” and “Me against the world” and two more movies “Poetic Justice” (1993) and “Above the Rim”(1994). His last album, “All Eyes on Me” sold over 6 million copies and was the first double CD for rap music. (“Thuglife”)(“Associated”)

4:03 p.m. PDT, Friday, September 13, Tupac died of respiratory failure and cardio-pulmonary arrest at University Medical Center, Las Vegas(Payne). He died of bullet wounds to the abdomen and chest at the young age of 25 (“Unofficial”). “Shakur was shot four times in the chest and abdomen. Police believe he was the target.” He lingered in a coma before he died. So far police have no suspects. All they are saying is that the people were in a white cadillac, not from Las Vegas where he was shot (“Associated”).