Andrew Wyeth was an amazing artist full of imagination, feelings, and compassion for his work. He has a great portfolio of work consisting of his two major styles of work, realistic and abstract. A lot of his personal life goes into each painting he creates. Each piece can usually be linked back to the life he lived and fond memories he wished to preserve. Andrew was born in Maine and has quite a history to be told from living there. He has been painting for fifty years and has changed his style some during those years. He used to paint realistically for quite some time but then made the change to painting abstract.

As a child, Andrew has very fond memories of his father and the fun times the family had together. He can recall a time when his father 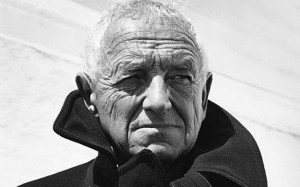 dressed as St. Nick and frightened him so much that he wet the bed. Just before Christmas, the whole family recalls hearing footsteps on the roof. Their father dropped a painting of St. Nick down the chimney for them. His father did illustrations, so Andrew had plenty of backing for his creative talents. Andrew can remember being very interested in the art of war ever since his early childhood years. He remembers playing with his tiny soldiers and creating stories for them. Andrew’s father believed that a painter should be left alone from the ages of 6-18. Andrew had tutors for his schooling whereas his brothers and sisters went off to school. This gave him free time to roam the countryside.

Andrew did not attend college but instead studied under Howard Pyle at his school with 12 other students. Andrew’s father died near his house in Maine because of a train accident. Andrew really viewed his father as a hero and looked up to him. He will always remember his father and because of this a heavy influence is always with Andrew when painting. His father’s life truly inspired Andrew and because of this, Andrew’s paintings are all very personable and all have a story to tell. The paintings mostly represent his life in Maine and represent the climate and area well. Most of the paintings are of houses, naturalistic surroundings, and his neighbors and friends. He would paint various rooms in his house to portraits of his friends. All were done with such depth and character. After his father’s death, Andrew found someone he could remember his father through. That someone was his neighbor Carl, a retired German soldier. Carl was his new inspiration. He would paint all sorts of paintings relating to Carl in some way or another. He painted Carl’s portrait in a dark room with a meat hook hanging from the ceiling. He painted Carl’s dinner place. He also painted a picture of Carl in his hunting room with his gun pointed backwards at his wife.

This was sort of a little joke to Andrew. He really enjoyed Carl’s company and stories. Andrew also painted one of his childhood black friends. He remembers seeing other pictures of black people and thinks that they are poorly represented in them. He painted his friend just as he saw him, with great dignity and respect. Andrew spent some time with the Olsens. He enjoyed painting Christine crawling through the field outside of her house. She was a very strong woman but could not walk. He also did a painting of The Olsen house. He prefers to be there in person and still experience the voices of the Olsens from the chimney. Andrew has also created various nude portraits of a young girl by the name of Betsy. Andrew Wyeth creates paintings directly from the heart. There is no doubt that each painting is rich in detail, but most importantly, rich in story and history. Andrew’s paintings are of his life’s memories, created solely to be remembered and cherished by him and others. 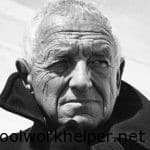 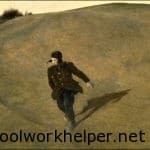 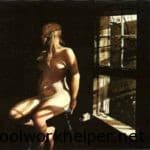 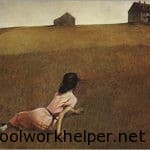 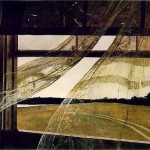