Piet Mondrian was born in Amersfoort , Holland in 1872 and started to study art a very early age. At the age of fourteen he moved to Amsterdam to study painting. His early work was based in nineteenth-century Dutch realism. Mondrian’s work transformed into the abstract slowly with the use of pure bright color after seeing the modernism work of Seurat, Matisse, and van Gogh in 1908 at a exhibition in Amsterdam. Mondrian explored modernism while living in Domberg, an avant-garde art colony along the coast in southwestern Holland. At the same time he became interested in the religious philosophy of theosophy, a blend of Eastern and Western religions which centers around the movement of humanity towards a spiritual unity. Theosophy also held that geometric shapes represented different stages in spiritual development which greatly interested Mondrian and influenced his work (Kermit 14). 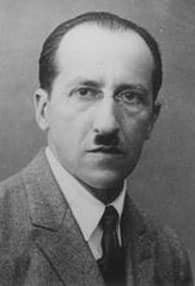 Amsterdam (Bois 331). Mondrian was so moved by cubism he moved to Paris in 1912 to study the style. Here he studied cubism and moved towards pure abstractism until he returned to Holland to visit his father (Bois 33).

While in Holland, Mondrian became stranded there when World War I broke out in 1914. He returned to Domburg to again explore and elaborate on the motifs that he studied before with what he learned while in Paris. During this time Mondrian created his first pure abstract painting, Composition in Line.

Mondrian returned to Paris soon after the war and devoted himself almost completely in his art. During this time he arrived at his signature style which he called neo-plasticism. The first work in this style is Composition with Yellow, Red, Black, Blue, and Gray which he completed in 1920. Mondrian’s neo-plasticism style used pure primary colors (red, yellow, and blue) and “non-colors” (white, black, and gray) in rectilinear forms. Mondrian wanted to create a “dynamic balanced” relationship between lines and planes of color and non-color based on a grid (Milner 161). Mondrian work for several years changing his neo-plastic style by using fewer planes and not using all three primary colors at once. The next major development of neo-plasticism came after his move to the United States.

World War II was starting in Europe and Mondrian moved to New York City to escape the war in 1940. He was greatly influenced by the fast paced city life and jazz’s new movement of boogie-woogie. He reworked many paintings he finished in Europe for a solo exhibition to give them more of the feeling of jazz and the city (Milner 210).

Mondrian’s next new variation of the neo-plasticism style is known as the New York period. Mondrian felt great artistic freedom and found his traditional black lines and areas of color too traditional. He replaced the traditional black lines with color and used smaller areas of just one color. His culminating achievement of this period was Broadway Boogie Woogie. His style changed again slightly, instead of solid color lines they became, “. . . trains of speckled color; which were divided into small units like the tesserae of a mosaic, mainly yellow, alternating with red, gray and blue (Shapiro 67).” This was Mondrian’s last finished painting. When he died in February of 1944, he left Victory Boogie Woogie which he was reworking for the third time in a near finish state (Bois 84). 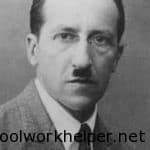 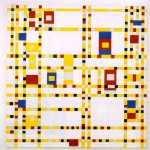 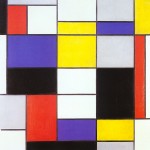 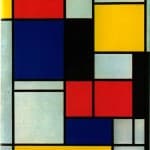 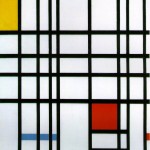 Broadway Boogie Woogie is the masterpiece of Mondrian’s New York period. Champa says, “Broadway carries that full burden of the artist’s aesthetic accomplishment at its most mature and its most complex (127).” Looking at Broadway one can see the influence of the city and the new jazz movement of boogie-woogie on this and his other New York paintings. The oil on canvas painting was given anonymously to The Museum of Modern Art in New York soon after his death. It is a large unframed painting, 127 cm by 127 cm which he finished in 1943 (Milner 220).

Not even knowing the title of Broadway Boogie Woogie it is easy to see the feelings and excitement that Mondrian was trying to get across. The hustle and bustle of the life in New York at night can been seen along with the excitement of jazz music the two major influences of his work during that period. Seeing the exhibit of most of his work it became very easy to follow his style and find meaning in the abstract. It seemed that after creating Broadway and Victory Boogie Woogie Mondrian had a new vision and idea where he was going to take his work. One can only imagine what else he had envisioned.